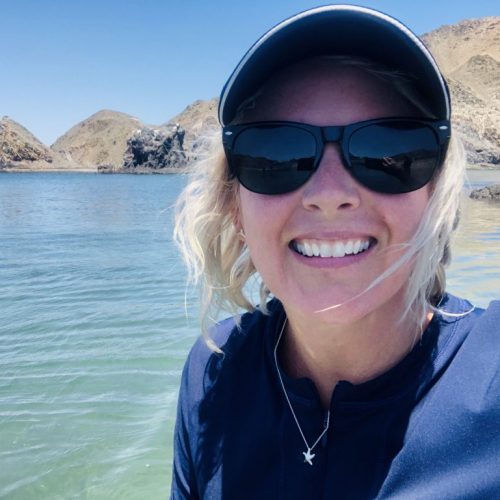 Hailing from Ohio, Angela has been joining and leading trips to Bahia de los Angeles since 2011. Her passion is connecting others with nature and she leads hundreds of people on forest adventures in Ohio each season. She enjoys traveling and has two young children who now join her on adventures! She loves to make learning fun and hands-on using inquiry and exploration. Angela is trained in Red Cross First Aid/CPR, is a trauma-informed educator and is an Outdoor Skills trained Girl Scout leader. 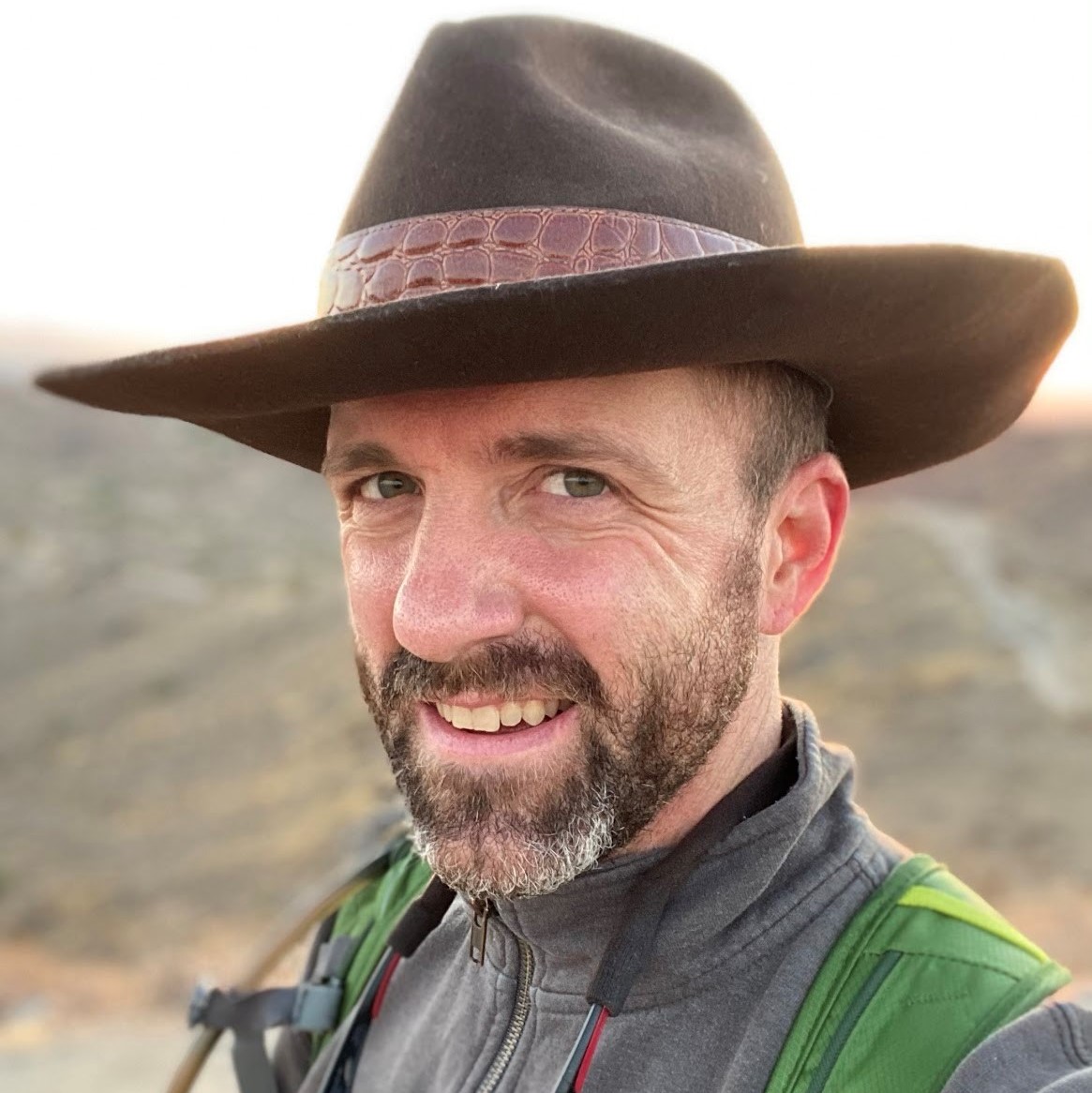 A desert rat on the outside and a true thalassophile (lover of oceans) on the inside, Ben was born in Los Angeles and migrated to Arizona at a young age where he lives now.

Hundreds of camping trips forged his passion for the natural world early on. These adventures in nature have inspired Ben to share his passion with anyone who will listen- including those who have attended his tours as a Pink Jeep Adventure tour guide, and those visiting Odysea Aquarium in Scottsdale where he now Educates thousands annually.

Ben enjoys travelling, and has romped through the tranquil rainforests of Costa Rica to the pebbly beaches of Alaska. However, there’s no place on Earth that will ever be better than the beautiful Vermilion Sea Institute for Ben!

If you ever find yourself traveling with Ben have no fear of minor injuries- if you stub a toe or lodge a piece of trail mix in your airway, he is certified in basic first aid and CPR, and is an expert hugger (a guaranteed boo boo cure)!

Ben attended Northern Arizona University in 2004, where he studied to become a paleontologist. Shortly after finding his passion was leaning more towards the arts, he began to pursue a career as a graphic designer in 2006. Ben now utilizes the world as his classroom, and is eager to learn from all its teachers.

Ben is a Certified Interpretive Guide through the National Association of Interpretation, and a mentor to many informal educators. 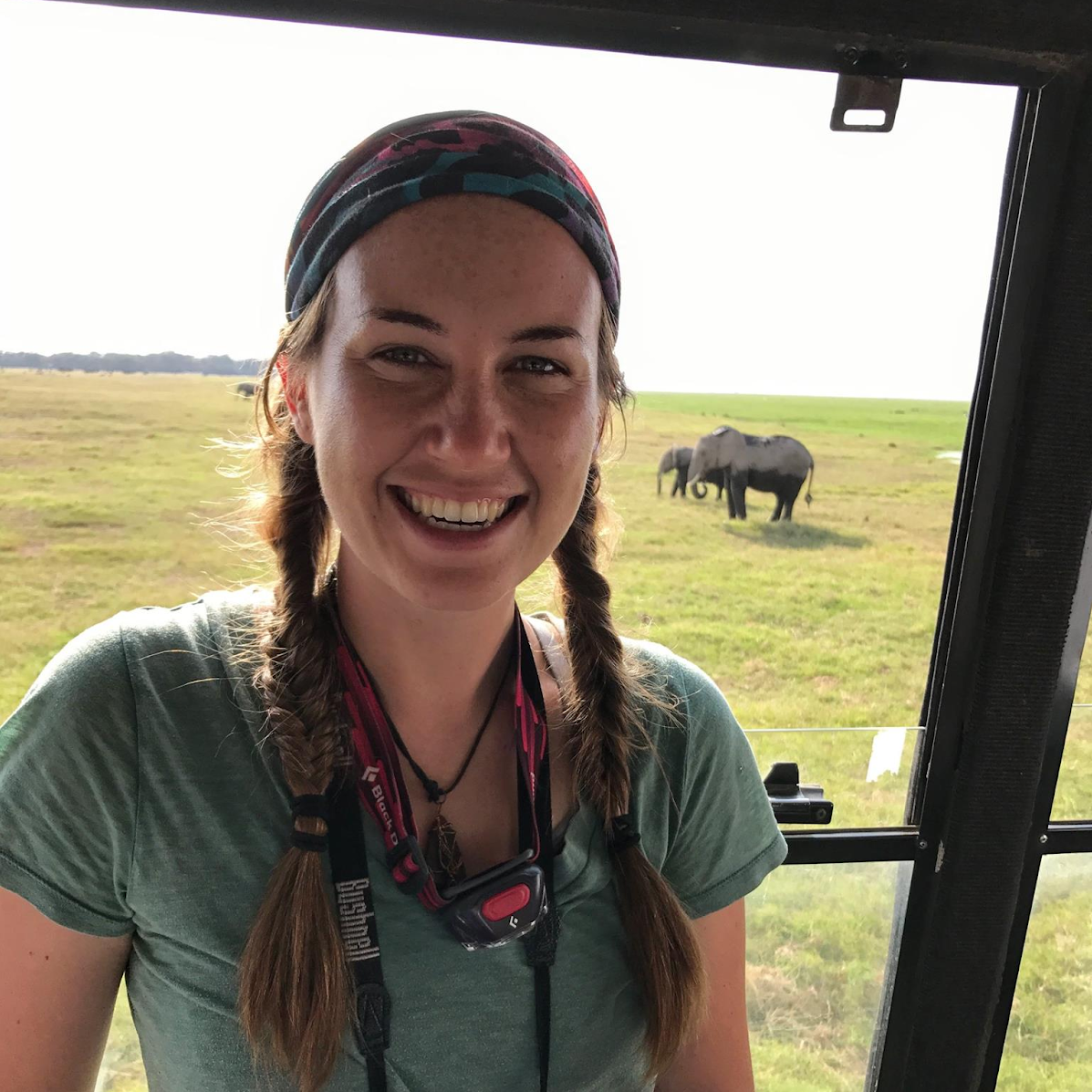 Christina grew up in Texas, and has since lived in Alaska and California. She’s worked in informal science education in a variety of settings including at the Alaska Wildlife Conservation Center, the Los Angeles Zoo, and most recently at the Natural History Museum of Los Angeles County. She likes cooking, crafting, and loves hanging with her nieces and three cats. 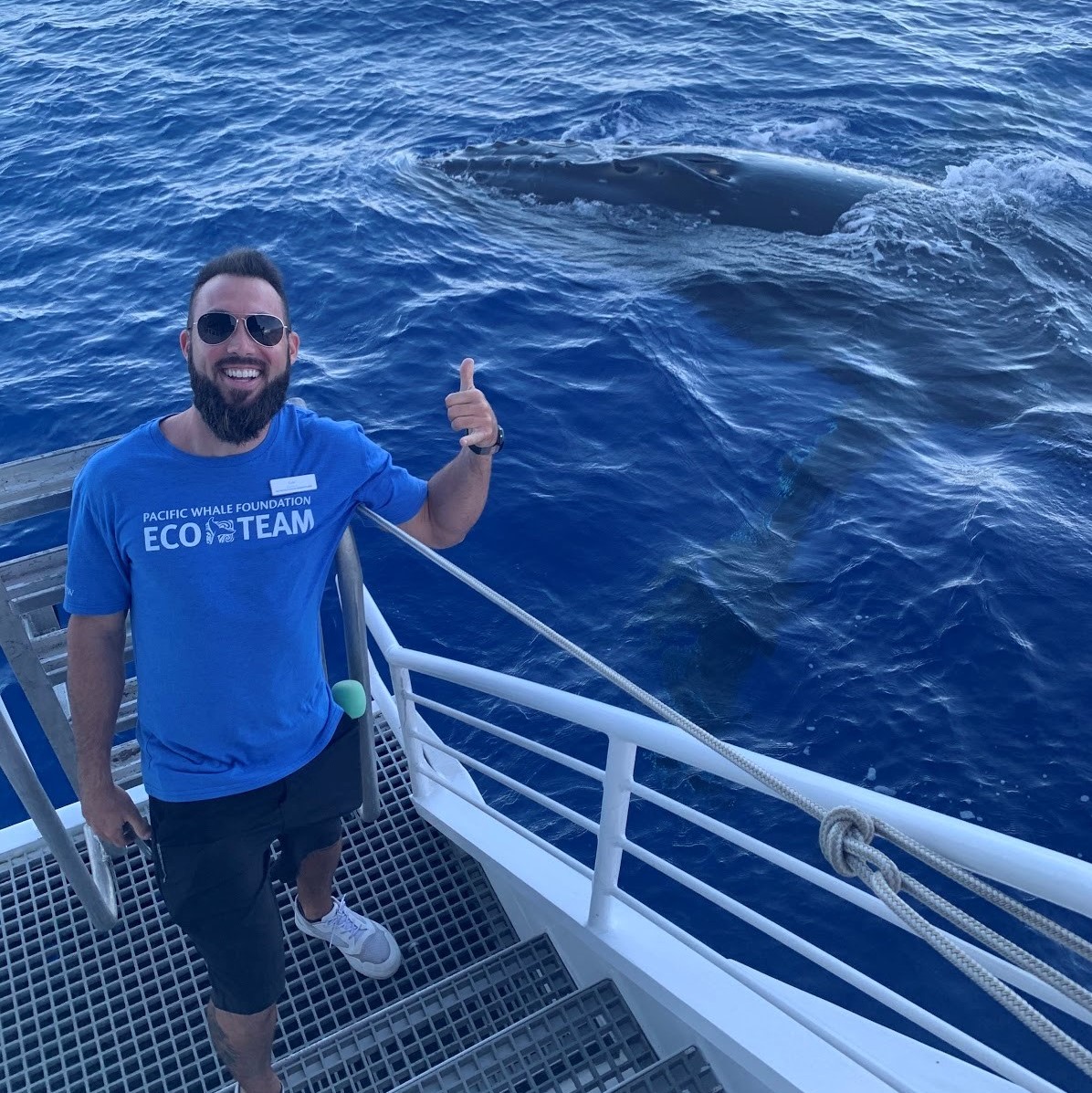 After coming to Baja for the first time and experiencing its magic, Cole decided to quit his job as a science teacher, grow a beard, and pursue his passions of wildlife conservation and education. He is very happy with this decision and plans to make many more like it. When he’s not dreaming about whale sharks and citizen science in Baja, Cole bounces back and forth between Hawaii and Orcas Island as a charter captain, marine naturalist and outdoor educator. Whether it’s the issues affecting the orca whales in the San Juans or humpback whales in Maui, Cole acts as an ocean ambassador and wildlife advocate by educating passengers through meaningful experiences on the water. He is a North Shore Certified Lifeguard, as well as CPR and First Aid certified. Fair warning, he learned CPR in France.

Cole holds a Bachelor’s Degree in Secondary Education Environmental Science from Arizona State University. He is currently working on his Master’s in Sustainability from Harvard University and his Master’s in Conservation Biology from University of Miami of Ohio. 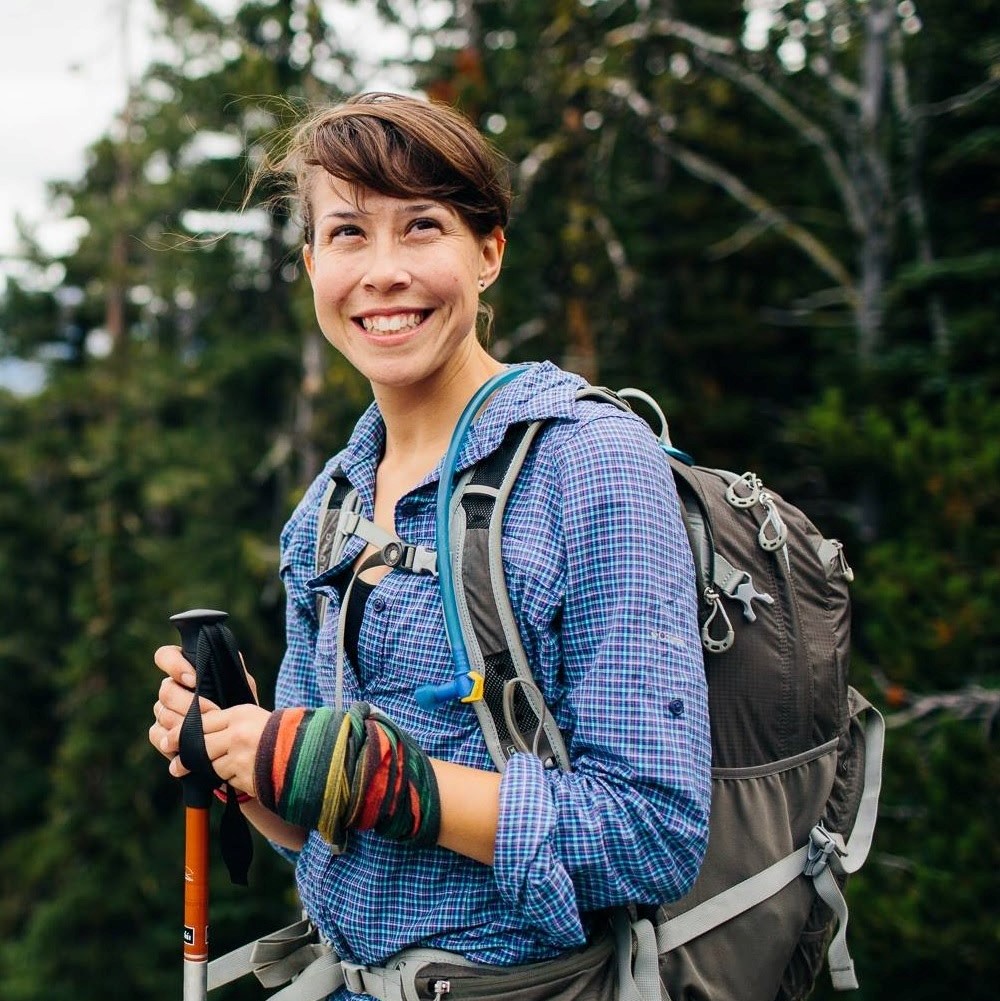 Gabe has been a lover of nature since exploring the woods of Indiana as a wee girl. Before long she found her way into informal education and also fell in love. These two passions partnered up and have taken her on many adventures over the years. From managing bear jams in Yellowstone National Park to where she is today, developing science and cultural programs for the public at the Natural History Museum and La Brea Tar Pits in Los Angeles. While Gabe has trekked across the globe in some extremely remote wilderness she has grown a deep appreciation for the urban nature found right out her front door and the community that exists there. As a first generation immigrant and college student, she has learned that community can be found wherever common interests lie. She feels strongly that one’s race or economic background should not determine their access to green spaces and good air quality. Nature is for everyone! 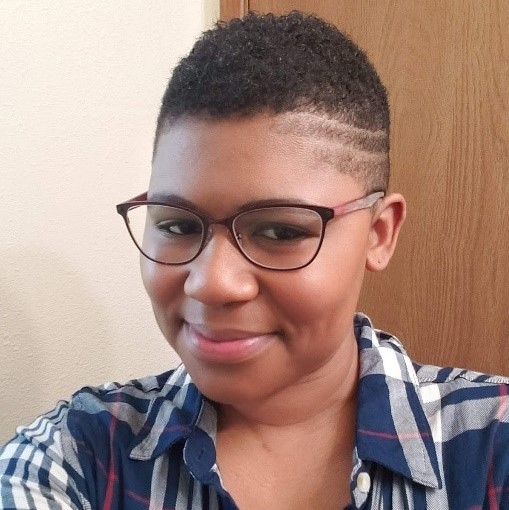 Jasmine Williams was born and raised in Seattle, WA and is a marine science enthusiast. Jasmine has a passion for marine science, conservation, community and creating more equitable and inclusive environments. Jasmine first began her journey with VSI as a graduate student in Miami University’s Global Field program and fell in love with the awe and wonder of Baja. She loves to reimage how conservation engages with communities and bring in voices that have historically gone unheard through empowerment and empathy.

Jasmine holds a Bachelor of Arts in Environmental Education with a focus in Oceans, Climate and People from the University of Southern California. 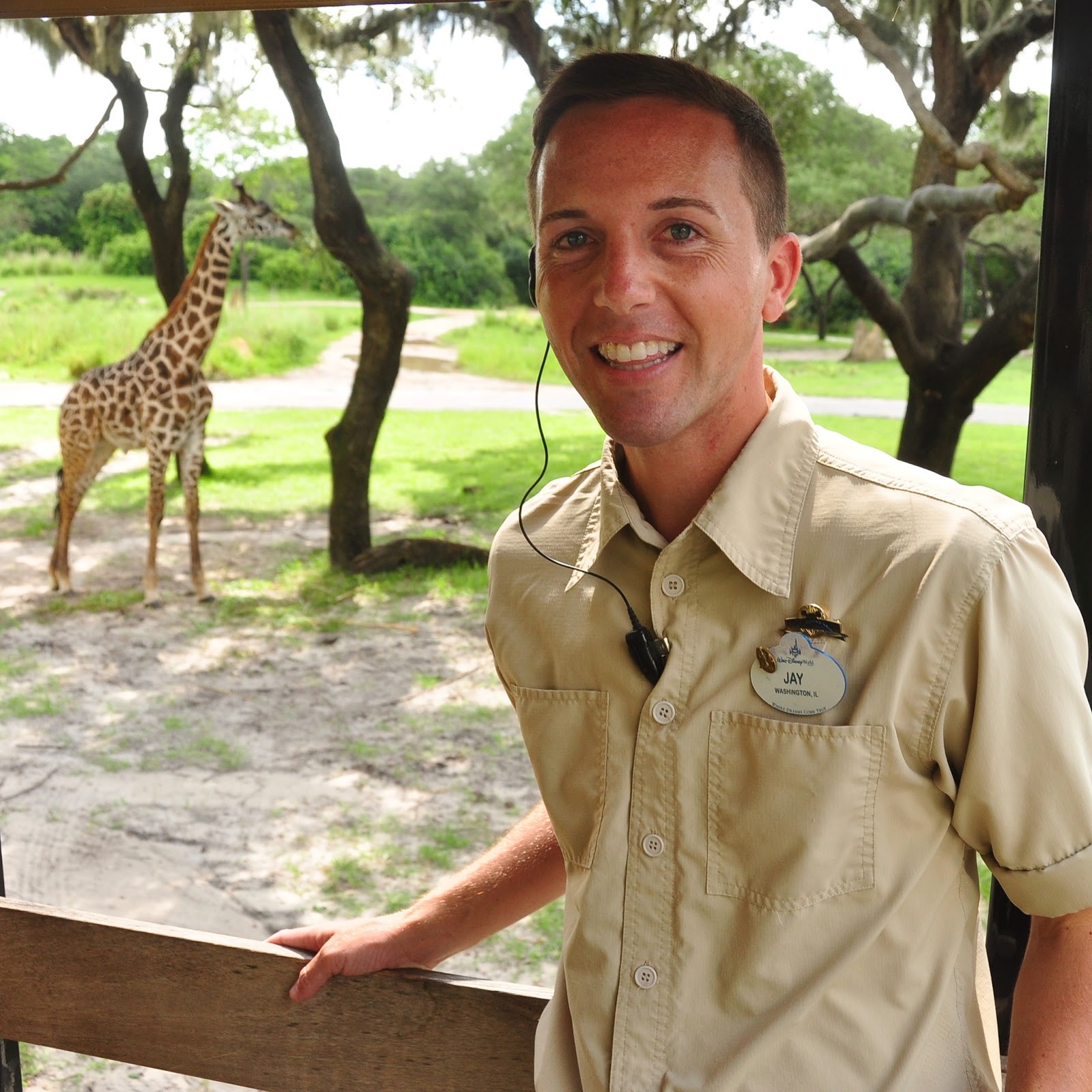 Jay has been exploring the natural world since he was a small child and has been formally involved in conservation for nearly 20 years. When he is not swimming alongside whale sharks in Baja, Jay lives in San Diego, California where he works as a Volunteer Coordinator at the San Diego Zoo overseeing the interpretive and enrichment programs. He has worked on conservation projects in the USA, Kenya, Mexico, Namibia, and Malaysia and has participated in multiple Stars to Sea programs. Jay looks forward to travelling to Baja every summer to visit the most peaceful place on Earth, see his whale shark friends, meet new participants, reconnect with past participants, and make some amazing memories. Also, if you find yourself needing CPR or First Aid, Jay’s got your back as he’s CPR/First Aid certified.

Jay holds a bachelor’s degree in Zoology and certificate in Environmental Studies from the University of Hawaii at Moana and a master’s degree in Biology from Miami University’s Global Field Program.

He also is a Certified Interpretive Guide through the National Association of Interpretation. 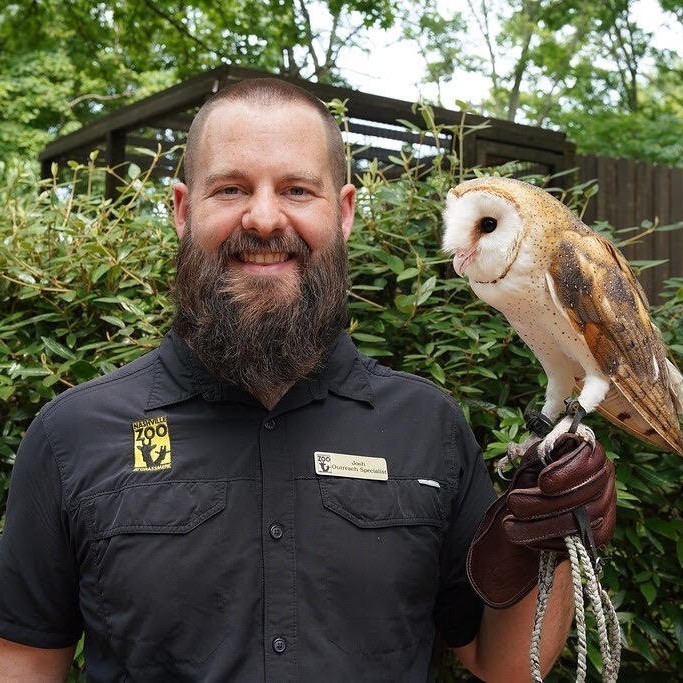 Born and raised in the heart of the Bluegrass State, Josh spent the last several years traveling much of the East Coast for various jobs. He now resides in Nashville, Tennessee, working as an Outreach Keeper at the Nashville Zoo. Since his first expedition to Baja in 2015, Josh has played the role of student, participant, support staff, and now trip leader. He looks forward to growing his Baja family this summer, and hopes to continue spreading his love for the wonderful people and creatures that call the Sea of Cortez home. Josh is CPR and First Aid certified.

Josh has his Bachelor’s Degree in Biology w/ concentration in Zoology from Western Kentucky University. 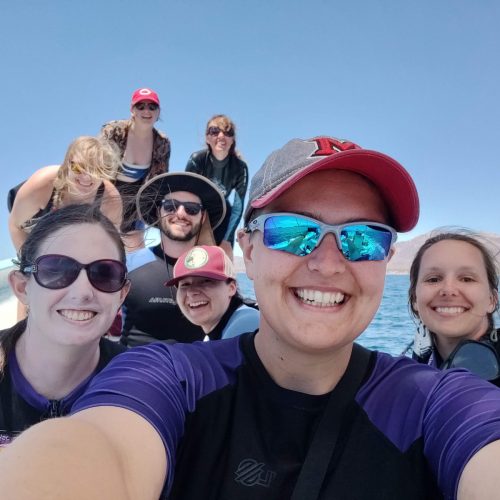 Katie Dell is a middle school science teacher and department chair for Baltimore County Public Schools. She also works with Miami University as a Community Learning Leader so she can spend her summers reconnecting to her favorite place- Baja! Her academic research focuses on racial and gender equity in science and environmental education. She is a certified lifeguard, open water diver and has received extensive training in first aid, CPR, and wilderness first aid. Katie spends her free time outside with family, friends and her pit bull mix, Luna, hiking, kayaking, and taking pictures in the Great Outdoors. Katie is often the author behind our Facebook feed. She leads field courses for VSI and works as our Community Outreach Coordinator. 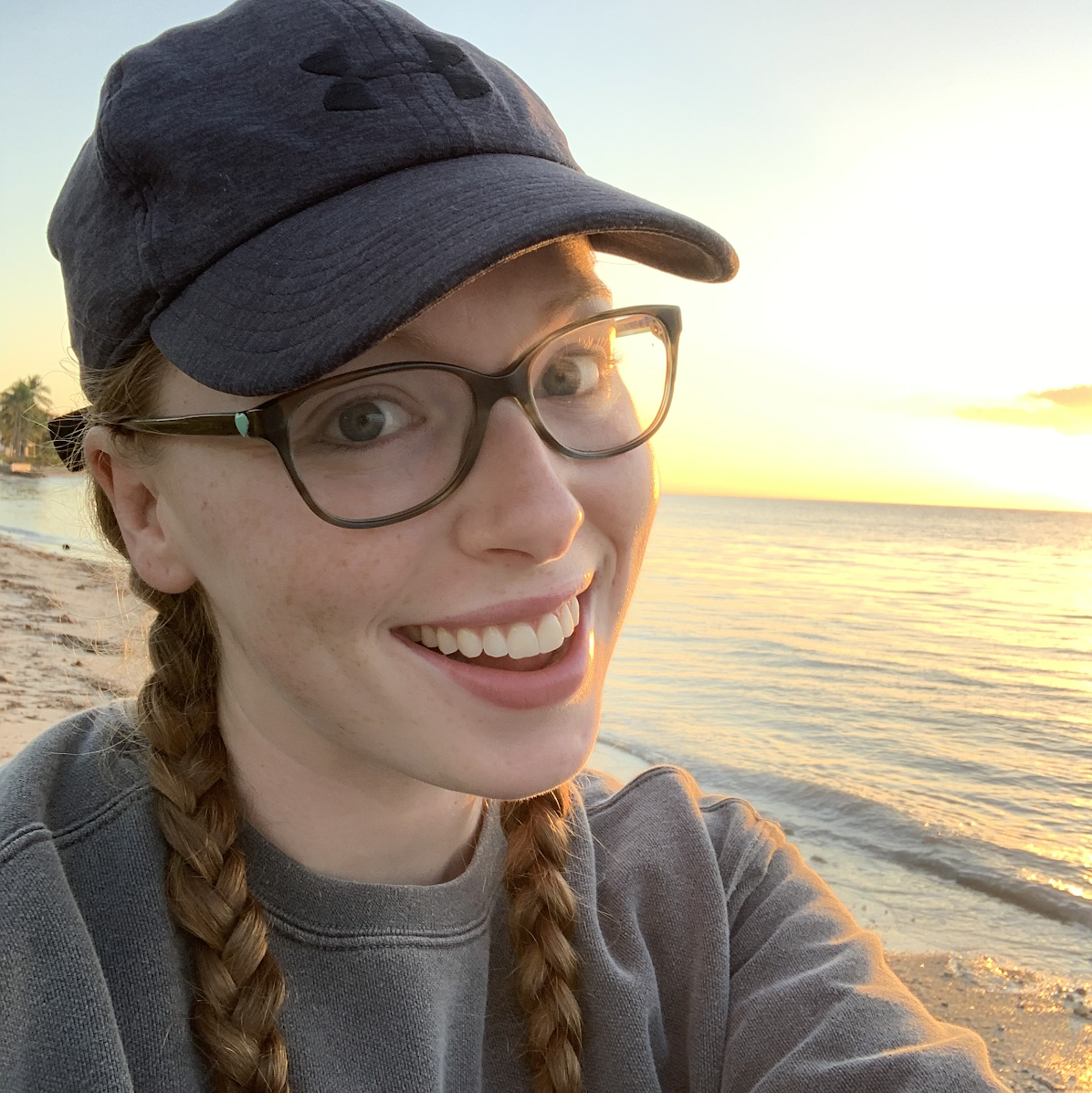 Mallory has always had a passion for animals, and after partaking in the stars to sea program in 2017, her love for marine wildlife grew tenfold. When she’s not enjoying the sights of Baja, Mallory resides in Los Angeles, California, working as an animal care professional at the Los Angeles Zoo in their hoofstock department. Mallory looks forward to this trip every year; to reconnect with nature and share the love of the sea with new and returning participants. She is CPR/First Aid certified and FEMA certified in incident command systems. She’s traveled to over 15 countries and recently spent a month in the Philippines working on a reintroduction conservation program on the Visayan warty pig. If she’s not doing something with animals, she can usually be found singing or dancing- so be prepared for a possible karaoke or dance party!

Mallory has her Bachelor of Science in animal science (pre-vet) with a minor in zoology from California State Polytechnic University-Pomona 2012.

For more information about our programs please send us an e-mail at [email protected].

Every contribution is incredibly appreciated and we make sure to stretch every dollar as far as it can go!

Sign up for the latest news and updates about the Vermilion Sea Institute.